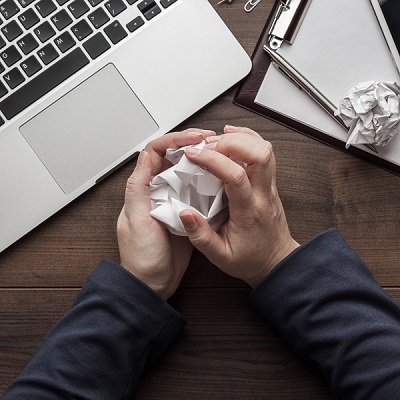 The True Cost of Employee Satisfaction

As the current pandemic the United States is in has begun to recede, businesses and companies are beginning to reopen in full force. However, there is still a major issue facing many workplaces: a massive decline in productivity, induced by stress, seems to have fallen over the employees and even the executives of many companies.

The causes of this slump do not take a detective to uncover. Many of the issues seen in larger workplaces are already well-known and well-documented. Both rookie and veteran workers experience their fair share of problems in employment. The younger hopefuls being faced with a lack of feedback and difficulty navigating the frustrating world of recruiting. The more seasoned employees not feeling respected or appreciated in the workplace. Toxic work environments, insufficient pay, and a lack of a proper work-life balance has led to many offices becoming cesspools of stressors for those who dwell in them.

This stressful work climate is beginning to not only overwhelm the typical employee, but has started to creep into the minds of the higher-ups as well: Tim Allen (no, not the actor from The Santa Clause), who was recently appointed the CEO of Care.com (a website to find senior care, housekeeping and other services), recalls in an article he wrote for the Harvard Business Review that he was able to feel the pressure faced by his employees during the pandemic almost immediately. “One thing became very clear, very quickly,” he writes: “the undeniable interconnectedness of work and life. We all felt it acutely. Aspects of society and business that were long overdue for a change were now laid bare. We have a broken care infrastructure. Support for mental health is insufficient. And so many of us are entangled in demanding and inflexible workplace cultures that create burnout.”

In order to better grasp the exact nature of this burnout and its effect on businesses, Care.com launched the ‘Future of Benefits’ report. Here, Allen and his team asked decision makers and Human Resource heads about their future plans for employee benefits- including which to keep, discard, or add on to. Allen claims his goal was to get an idea of how the business leaders he spoke to aim to “revise their benefit strategies” and “to better understand exactly how these changes will manifest.”

While in several cases the worries of those suffering as a result of the situation fall on deaf ears, some groups are taking interest in the issues many employees face in the current work climate. Ginger, a technology group formed from members of the MIT Media Lab, is using its on-demand mental health app to help individuals- particularly stressed-out employees- identify patterns of stress and factors that can contribute to it.

Earlier this year, while the US was still in the midst of the COVID pandemic, Ginger released it’s 2021 annual report regarding workforce attitudes toward mental health. For the third year in a row, this report seeks to reveal and explain how employees and executives view stress in the workplace. Although Allen and those he surveyed appear to understand that more must be done in order to help ease the stress of ones’ employees, not everyone shares the same optimism. Ginger’s study found that many CEOs and other company leaders believe they are doing their part to combat this spread of stress. The employees who partook in the same survey, however, have another perspective on the matter. According to the report, although 96% of CEOs and executives believing their company does enough to acknowledge the mental health of their workers, only 69% of employees have a similar viewpoint.

Regardless of how the individual feels about their company’s policies, effects of a stressful workplace on its inhabitants are often understood by workers and managers alike. However, an individual’s dissatisfaction with their workplace does not just affect the employee, but the business itself. According to both employees and business records, companies that have notoriously poor management or treatment of their employees have also been noted to also bring in less profit (a study performed at the University of Warwick in 2017 noted a 12% increase in production from employees who were satisfied at work, as opposed to a 10% decline in productivity from unhappy employees). The fact that employees who bear the brunt of workplace stress are often the same ones who handle customers means that patrons of the company can also suffer as a result.

This chain of dissatisfaction does not end well. This will often reflect in the parent company’s finances- not only from the reduced performance of their workers, but the damage to their reputation as well. We live in an era where, thanks to the internet, anyone in any field of work can learn about the inner workings of major companies. When they find those to be disagreeable, some choose to protest against their actions and take their business elsewhere. Without satisfied workers, it becomes more difficult to make a profit. Companies must then balance out by placing more stress on the employees they do have, repeating the vicious cycle.

Looking at both sides of the argument, there is clearly a compromise that needs to be worked on: employees want a more satisfying and understanding workplace, and executives want to ensure the business is as profitable and effective as possible. While most companies would probably like to combat dissatisfaction in the workplace, many will often cite that it may come at the cost of reduced productivity and profit. Is it possible to create an environment that keeps both the minds and pockets of everyone involved satisfied? Some companies, such as the banking group Goldman Sachs, seem to think so. Recently, the corporation began an initiative to focus on improving the mental health and reducing the stress of its employees with a new program from the National Alliance on Mental Illness. A program focused on promoting better mental health for workers and creating a more flexible and open business that can aid its staff in combatting burnout.

This investment in the health of their workers seems to be paying off for Goldman Sachs, especially during this stressful time. The company’s overall net revenue for the first quarter of 2021 (including their revenue from investment banking, global markets, and management services) clocks in at $17.70 billion. This is more than double the company’s profits in the first quarter of 2020 before the pandemic closed down most businesses, and roughly 45% higher than their profits near the tail end of the year. These massive spikes occurred despite the company incurring much higher operating expenses compared to previous quarters. These expenses, as noted in their quarterly report, were primarily due to increases in compensation and benefits paid to employees- despite there being very little change in the number of individuals employed by the company. It appears that putting more money into ensuring a company’s workers are satisfied helps them be more productive, thus increasing the overall revenue they produce for the group over time. A long-term investment, if you will, that certainly seemed to reward Goldman Sachs for its willingness to put the health of their employees first. 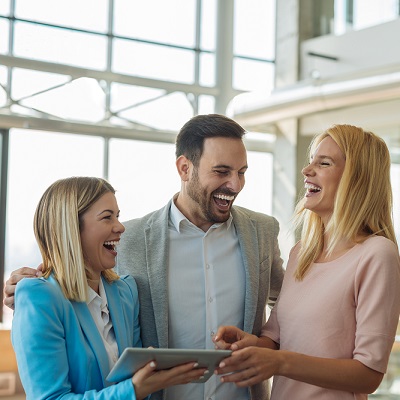 The question for Goldman Sachs, and likewise any business that has placed a heavier focus on the mental health of its employees, is twofold: will these policies return to normal once the pandemic ends, and if not, will this new method of improving workplace satisfaction continue to remain profitable in the future? Only time will tell- but there is still much we can learn from the short-term effects of plans like Goldman Sachs. The correlation between lowered stress and heightened productivity cannot be ignored. A better understanding and awareness of combating mental fatigue in the workplace is better for not only the employee, but the company. It is this knowledge of satisfaction’s effects that future businesses seeking to follow in Goldman’s footsteps would do well to keep in mind. Happy employees make a happy company… as well as a happy executive when all is said and done.

Scholarships Are First Come, First Serve So Sign Up Today!

We use cookies on our website to give you the most relevant experience by remembering your preferences and repeat visits. By clicking “Accept”, you consent to the use of ALL the cookies.
Cookie SettingsAccept All
Manage consent

This website uses cookies to improve your experience while you navigate through the website. Out of these, the cookies that are categorized as necessary are stored on your browser as they are essential for the working of basic functionalities of the website. We also use third-party cookies that help us analyze and understand how you use this website. These cookies will be stored in your browser only with your consent. You also have the option to opt-out of these cookies. But opting out of some of these cookies may affect your browsing experience.
Necessary Always Enabled
Necessary cookies are absolutely essential for the website to function properly. These cookies ensure basic functionalities and security features of the website, anonymously.
Functional
Functional cookies help to perform certain functionalities like sharing the content of the website on social media platforms, collect feedbacks, and other third-party features.
Performance
Performance cookies are used to understand and analyze the key performance indexes of the website which helps in delivering a better user experience for the visitors.
Analytics
Analytical cookies are used to understand how visitors interact with the website. These cookies help provide information on metrics the number of visitors, bounce rate, traffic source, etc.
Advertisement
Advertisement cookies are used to provide visitors with relevant ads and marketing campaigns. These cookies track visitors across websites and collect information to provide customized ads.
Others
Other uncategorized cookies are those that are being analyzed and have not been classified into a category as yet.
SAVE & ACCEPT